Our activities / Context of intervention / Neglected people
Get involvedDonate now 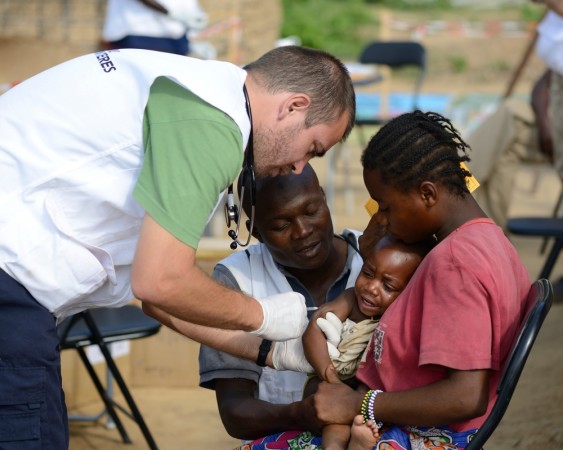 A large part of MSF’s work focuses on hidden emergencies that, while receiving little media coverage, can be just as serious.

These might include prostitutes, street children, prisoners, drug addicts or the mentally ill. In some places, entire populations are systematically neglected by the relevant authorities for ethnic or political reasons. When people are ostracized from society or are forgotten by their governments, MSF can step in to help heal their mental and physical wounds and bear witness to their struggles.

Many migrants in Honduras make a living as sex workers or drug dealers, and the lack of healthcare, combined with the rapidly growing sex trade, has led to a huge increase in sexually transmitted infections.

On the street, MSF doctors diagnose people and provide first aid. Psychologists listen and provide counseling. People with more serious or chronic health problems or addictions are referred to our healthcare facilities, where MSF doctors and psychologists provide additional medical care for physical, sexual and psychological violence and support patients throughout their treatment.

In some countries, incarcerated people have little or no access to healthcare and poor living conditions. Malnutrition, dehydration, and skin and respiratory infections are common. In countries where tuberculosis is prevalent, overcrowded cells can become breeding grounds for the disease. Our teams provide care and treatment for HIV and TB, and have introduced measures to improve infection control, such as a quarantine area in one of the prisons. To prevent patients from developing drug resistance, our staff provides follow-up treatment once prisoners are transferred or released. We make sure they have access to the drugs they need, as well as to medical services.

Some 450 million people worldwide suffer from mental health disorders, according to the World Health Organization (WHO), but many are unable to access care.

In many countries, there are taboos around certain medical conditions — especially mental and psychological disorders, making it even more difficult for people to get the treatment they need.

"While I was in Dadaab, I saw dozens of people with mental health problems who had been chained up or shut away by their families, who were at a complete loss as to how to handle them" said psychiatrist Pablo Melgar Gomez, who worked with MSF in Dadaab refugee camp in Kenya from 2009 to 2010. "If we hadn’t intervened, they would be completely without hope of receiving psychiatric care and would still be chained up today".

Some medical conditions, such as obstetric fistulas, can lead to sufferers being excluded from society. Fistulas — a hole between the vagina and rectum through which urine and stool leak continuously — are almost always caused by obstructed labour. They occur mainly in remote areas in Africa, where there are few hospitals or trained midwives, therefore obstetric care is scarce.

The exclusion of health care also covers refugees, migrants and asylum seekers fleeing instability in their country of origin. These are often facing a critical humanitarian situation. Indeed, in many contexts, there is a lack of appropriate and immediate medical assistance as well as appropriate mental health services. The MSF intervention in refugee and IDPs camps aims to first ensure the basic needs of populations and to covers the supply of drinking water, food and shelter. Once insured vital needs, the association set up medical programs (preventive and curative), as well as nutritional and health programs.

A hospital at the heart of the North-West crisis

More than three years of armed violence in the English-speaking regions of North-West and South-West Cameroon have led to a humanitarian crisis, severely damaging local health systems even as medical needs soar.

Mosul still lacks 70% of healthcare capacity, one year since the battle ended

One year since the battle between the Islamic State group and the Iraqi forces officially ended in Mosul, the health system is still in ruins.