The number of people testing positive for the new coronavirus in Haiti has spiked dramatically from 100 cases, to more than 2,600, with 50 people dying, in the space of less than three weeks. In response to the growing spread of COVID-19 in the country, Médecins Sans Frontières (MSF) opened the Drouillard treatment centre in the capital, Port-au-Prince, on 16 May, to care for people with severe cases of the virus.

With just two laboratories in Haiti able to process COVID-19 tests, the number of recorded cases is far lower than what is likely to be the actual number.

Port-au-Prince, with a population of four million people, is the epicentre of the outbreak in Haiti, with nearly 75 per cent of the total cases reported and 60 per cent of the recorded deaths. Sixty per cent of people recorded as having the virus are aged between 20-44, while 27 per cent are between 45-65 years of age.

MSF opened the COVID-19 care centre with 20 beds but has expanded to a capacity of 45 beds. More than 150 patients have been registered, nearly half of whom have been admitted to hospital. Approximately 50 others have been monitored on an outpatient basis by our teams.

“Some patients come to us with positive test results and others who are in need of oxygen or hospitalisation are treated, while we send their test to a government-run laboratory,” says Hassan Issa, MSF’s head of mission in Haiti.

In Port-au-Prince and in the country’s south, in Port-à-Piment and Port-Salut, we have set up triage spaces and isolation units for COVID-19 patients in all health structures we support. MSF has also installed a triage space and an isolation unit with a capacity of 10 beds in the main hospital in Les Cayes, also in the south.

COVID-19 cases have been reported in all 10 départments (administrative division) in the country, and the Haitian government has declared a state of emergency, asking people to practice physical distancing and wear masks. But it has been impossible for most people to follow the measures, particularly those who live in the densely-populated slums of the capital, where the highest number of cases have been reported. 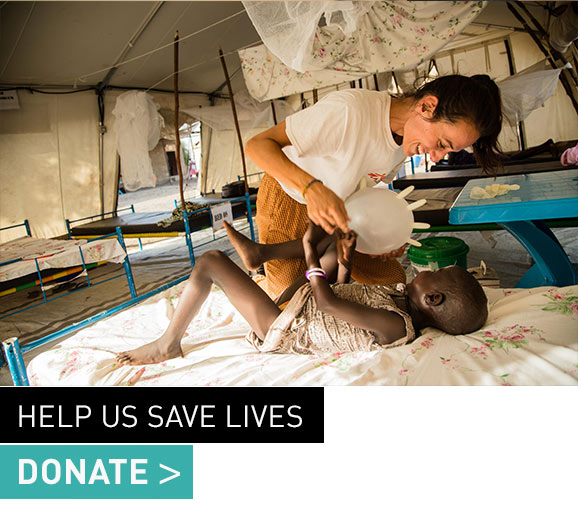 Among the many challenges facing the country is the ongoing return of thousands of Haitian migrants from neighbouring Dominican Republic, which has the largest cluster of recorded cases in the Caribbean, with more than 17,000 people with the virus.

We are also concerned that many people with COVID-19 symptoms are not going to hospital for treatment.

“As the spread of the virus accelerates, so does the stigma surrounding it. Unfortunately, a dozen patients have died on arrival at the hospital, and many others have arrived in critically ill condition,” says Issa. “In light of that, we continue to carry out health promotion activities and call on those who have COVID-19 symptoms to seek immediate care, as it can greatly improve their chance of being treated successfully.”

There are fears the Haitian healthcare system, which is already fragile, is ill-prepared to deal with the widening pandemic. In some communities, centres set up to receive coronavirus patients have been attacked. In addition, several health facilities have closed due to a lack of protective equipment and contamination of staff, making access to obstetric, paediatric and trauma care difficult. Providing protective equipment to those health facilities is essential to allow continuity of care and protect staff.

With the huge demand on laboratories for tests, and longer wait times for results, the issue of testing is increasingly becoming a significant challenge, to control not only the spread of the virus but also to provide adequate and timely care for those who test positive with the disease.