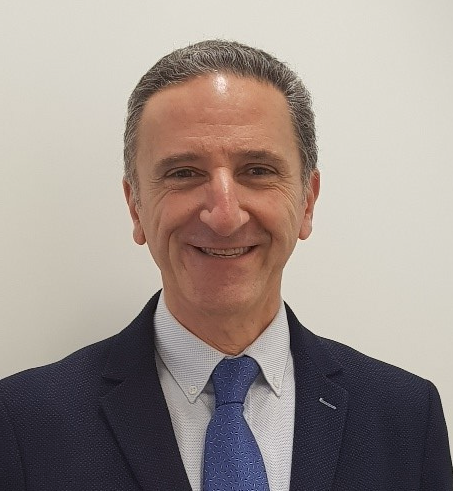 A general practitioner, Bechara Ziade has a long experience with MSF, as medical director of the Luxembourg section from 1991 to 1995 and as President from 2011 to 2013.

Currently Chief of division children's health and adolescents at the Luxembourgish Ministry of Health, he has decided once again to put his energy at the service of the most vulnerable throughout the world.

He succeeds Dr Guy Berchem, who has been in this position since 2015, and who still remains on the Council of Administration which he joined in 2014.

Dr Bechara Ziade has always been deeply affected by the fact that people are unable to receive treatment due to lack of resources. "I chose to become a doctor because of this. I remember a child whose case needed open heart surgery. I took action to raise money so that he could be operated on," he reckons.

Bechara Ziade studied medicine in Beirut during the war in Lebanon. "In addition to my studies, I used to give one day a week to refugees, displaced people and the wounded. I was relieving the suffering caused by the violence. This gave me the energy and courage to continue.

Today, he continues this vocation of care as a doctor in the service of the health of children and adolescents, with a focus on preventive medicine "because it is always better to avoid illness than to have to treat it".

His commitment to MSF is in line with this same desire to come to the bedside of the most vulnerable, wherever they may be.

Humanitarian sensitivity is a balm that can be applied to the world's suffering, and for that MSF has a much greater impact than our individual everyday actions.”

According to him, one of the challenges of his mandate will be to link this local dimension, anchored in Luxembourg, with the major international issues. To do this, he wants to raise awareness among Luxembourg's youth, communicate more about MSF's actions in order to create vocations for the recruitment of expatriates, and support fundraising, with the help of the office staff and the other members of the board.

At the international level, the specificity of MSF Luxembourg's operational research unit will also have its role to play in continuing to improve the association's projects around the world. Dr Bechara Ziade continues: "We need to put people back at the centre, to be closer to neglected populations and to find the best way to reach them. We must continue to be present in conflict zones, treat chronic diseases and focus more on preventive medicine, which is a subject that is dear to me.”

Dr Bechara Ziade sees the preventive aspect even in the climate crisis, which is putting humanity at its greatest risk. He stresses that the question of climate refugees is already being asked, and that MSF must also respond by taking care to limit its own ecological impact.

Dr Bechara Ziade's mandate begins in the midst of a war on European soil, with consequences that will undoubtedly be heavy for many years to come. "I am struck by what is happening in Ukraine. Our teams are deploying their experience and know-how to help the victims of this conflict, by treating those who need it, by training medical staff in war surgery and in the care of the wounded, but also by continuing the care of our chronically ill patients, diabetics with HIV. I welcome the solidarity shown by the various European countries, which were quick to welcome the Ukrainian refugees. But I would like to call on them to show the same solidarity towards those who also come from elsewhere, from terrifying conflict zones. This solidarity should not be conditioned by geographical location".

For me, we are like a mosaic, each piece is worthless on its own, but it reveals itself in contact with the others.”

In addition to the appointment of Dr Bechara Ziade as President of the association, MSF Luxembourg is also pleased to welcome Engy Ali, public health expert at the Ministry of Health, and Christophe Walentiny, doctor at the CHL polyclinic emergency department, to its Council of Administration.