Choose to wear the colors of MSF on race day! Turn your sports challenge into a solidarity challenge and raise funds to support our missions in the field.

Your fundraising (at least 200 euros) will allow our teams to be alongside Congolese to provide them with vital medical care!

Register now for the MSF Solidarity Challenge, either individually or with your corporate team (*IMPORTANT: MSF does not supply the bib numbers. You or your team must have signed up for the ING Night Marathon Luxembourg beforehand):

Year after year, Médecins Sans Frontières (MSF) teams are first-hand witnesses of the scale and impact of gender-based violence, including sexual violence, in the Democratic Republic of Congo (DRC). Although the colossal figures, they are only the tip of the iceberg: in 2020, nearly 11,000 survivors of sexual violence were assisted by MSF teams in six of the 26 provinces of the DRC, approximately 30 per day. In Kananga, the capital city of the Kasai-Central Province, 3,278 victims received treatment for sexual violence in an MSF-supported facility, of which 641 were children.

Given the magnitude of the problem and its consequences, MSF runs a project in Kananga since 2019 in order to provide holistic care to survivors of sexual violence care. The MSF clinic hosted by the Kananga public hospital provides medical and psychological care to the survivors, as well as family planning consultations and termination of pregnancy.

Despite an international and national outcry against sexual violence in DRC, and despite efforts of the 86 MSF staff members working on the project to support survivors, their needs are far from being met.

While movements of armed actors and fighting clearly increase the risk and number of sexual assaults, such violence persists outside the context of weapon bearers, including family and partner violence. Sexual violence is a medical emergency that requires immediate medical and psychological care to limit the consequences for survivors.

In addition to the immediate physical and psychological impacts, the people treated by MSF emphasise that this violence has long-term consequences – sometimes for a lifetime – due in particular to the social stigmatisation, exclusion and loss of livelihood experienced by many survivors.

MSF believes that emergency and long-term support programmes must be put in place as soon as possible, with significant and continuous funding, to accompany survivors until they have made a full medical, psychological and socioeconomic recovery.

"I was at home with my husband that day. It was during the violence and fighting. We heard screams outside and neighbours crying. 'I think they’ve killed someone', my husband said. So we shut ourselves inside. We didn’t want to open the door. Armed men threw tear gas through the window to force us out. Eight people came into our home. They threatened to kill my husband and tried to force him to rape our daughter. She was 17. He refused and they murdered him. Then they raped our daughter, and me.

When they left, I hid in the forest next to the village with my children. I didn’t sleep or eat. For a year, before coming to the clinic, I was terrified by the thought that I could have HIV.

When I went back to Kananga – my father was very sick so I decided to return with my children – I went to see MSF at the hospital where they looked after victims of sexual violence. They examined me and told me that I didn’t have HIV."

A comprehensive addressing the needs of survivors

In 2020, while an average of 270 survivors were receiving care in MSF clinic in Kananga, MSF team progressively launched the decentralization of sexual violence survivor’s care in four decentralized health centres of Kananga and Bobozo health zones, covering a target population of more than 346,000 people.

In 2021, access to sexual violence care remained the core of MSF intervention for host and displaced population in Kasai central province. More specifically, MSF focused on the decentralization of the medical care and continued to be active in Bobozo and Kananga health zones and increased its presence in a third health zone (Tshikaji health zone, with a target population of 121,000 people) as many survivors came to MSF clinic. Last year, MSF reached five health centres supported.

MSF strong focus in 2021 was the decentralization of the offer, with a package of sexual care, family planning consultations and termination of pregnancy available in five supported health centres. On the health promotion side, MSF continued to strengthen our presence at community level and active implication of the local population. Besides, MSF provided with mental health care at clinic level and trained the staff to start mental health support in the supported health centres.

With a budget of €1,649,130, the goal for 2022 is to involve other actors for possible hand-over at provincial and national levels, but also to decrease gender-based violence and ensure safe access to termination of pregnancy and family planning consultations for women.

More information: 2021, MSF report “Sexual violence in DRC. The critical need for a comprehensive response to address the needs of survivors”.

Ready to take on the MSF Solidarity Challenge ?

Get your friends, colleagues and family to help you raise at least 200 euros and support this amazing project!

*IMPORTANT: MSF does not supply the bib numbers. You or your team must have signed up for the ING Night Marathon Luxembourg beforehand.

As a thank you for the money you raise, we will give you an MSF T-shirt to run in. Your company can even add its logo to it.

Taking on the MSF Solidarity Challenge solo? Your contact:

Taking on the MSF Solidarity Challenge with your company? Your contact: 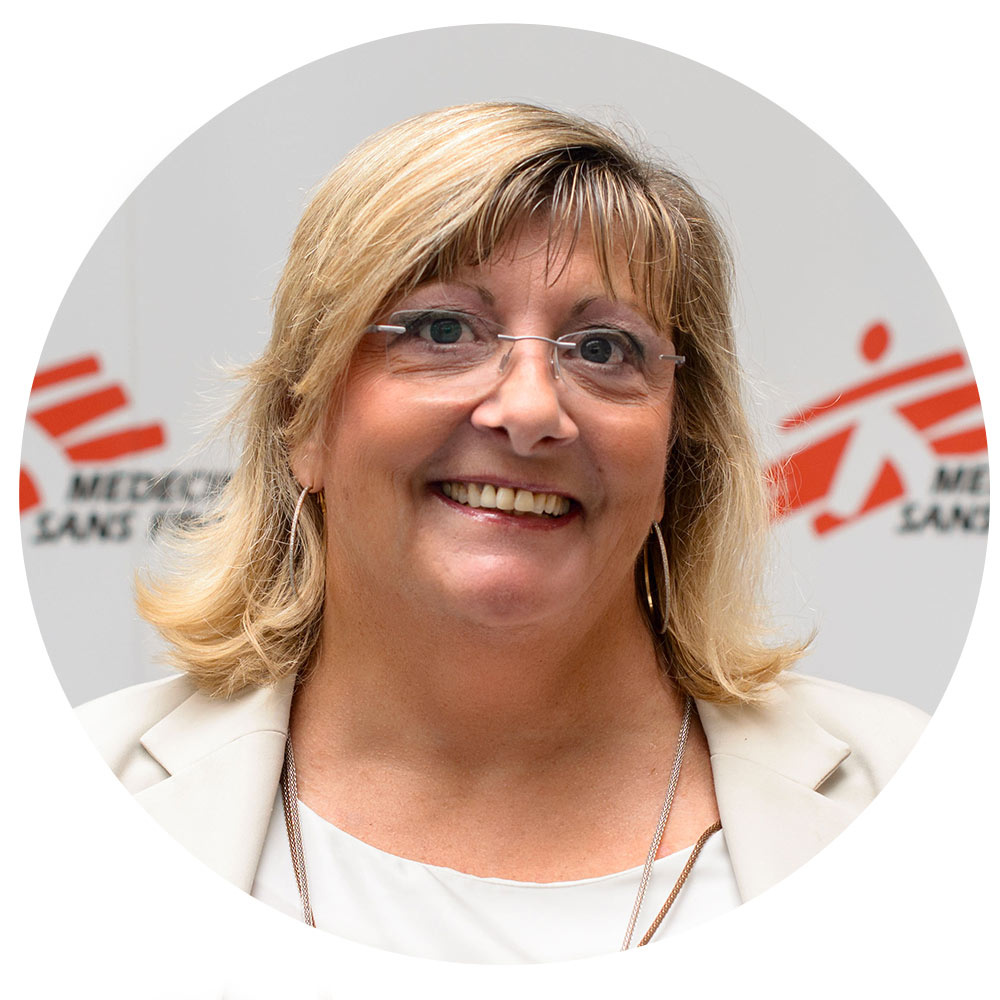 To help you with your collection, you can download our guide.

How can you run for MSF?

Whether you are running with your company or as an individual, follow these 5 steps to turn your sports challenge into a solidarity challenge for MSF.