Our activities / Our medical approach / Tuberculosis
Get involvedDonate now 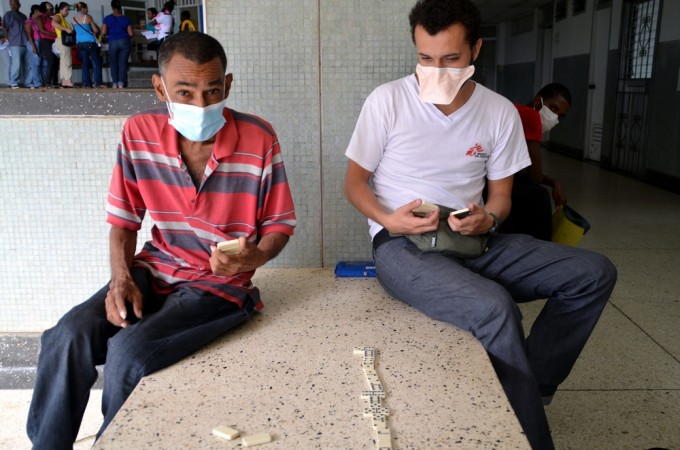 One-third of the world’s population is currently infected with the tuberculosis (TB) bacillus but they have a latent form of the disease and so have no symptoms and cannot transmit it. In some people, the latent TB infection progresses to acute TB, often due to a weak immune system. Every year, over 10 million people develop active TB and 1.8 million die from it.

TB is spread through the air when infected people cough or sneeze. Not everyone infected with TB becomes ill, but 10 per cent will develop active TB at some point in their lives. The disease most often affects the lungs. Symptoms include a persistent cough, fever, weight loss, chest pain and breathlessness in the lead-up to death. Among people living with HIV, TB incidence is much higher, and is the leading cause of death.

Diagnosis of pulmonary TB depends on a sputum sample, which can be difficult to obtain from children. A molecular test that can give results after just two hours and can detect a certain level of drug resistance is now being used, but it is costly and still requires a sputum sample, as well as a reliable power supply.

A course of treatment for uncomplicated TB takes a minimum of six months. When patients are resistant to the two most powerful first-line antibiotics (isoniazid and rifampicin), they are considered to have multidrug-resistant TB (MDR-TB). MDR-TB is not impossible to treat, but the drug regimen is arduous, taking up to two years and causing many side effects. Extensively drug-resistant tuberculosis (XDR-TB) is identified when patients show resistance to the second-line drugs administered for MDR-TB. The treatment options for XDR-TB are very limited. Two new drugs – bedaquiline and delamanid – can improve treatment outcomes for patients with drug-resistant versions of the disease, but their availability is currently limited.

“Pharmaceutical corporations must open up to generic supply and lower prices”

MSF welcomes the new WHO guidance that expand use of new drugs to the youngest and most vulnerable children of all ages with drug-resistant tuberculosis, although procurement and access to the new pediatric formulations of second line drugs, including Bedaquiline and Delamanid, is urgently needed.

Love and other cures in Ukraine

Little did Sergey realise that a trip to the refrigerator would herald a memorable day.